Why 'The People's Soprano'? Where does the nickname come from?

I sometimes get asked where the nickname 'The People's Soprano' came from and why I have embraced it as part of my musical identity, so I thought it would be a great opportunity to put everything down into one blog post. I'll cover the history of the name in connection to me, how it has influenced my own career and how my crowdfunded 'dream' album with live orchestra and top music industry producers belongs to everyone.

Although I have now wholeheartedly embraced the name 'The People's Soprano', it wasn't always the case. I began street performing on 1st April 2005 and have now performed all over the UK, gaining more new supporters as I go. In the early days, the takings in my 'busker's hat' were what I used to invest in my music, with my first album being released in September 2005. Soon, my initial busking show had developed into a fully organised, professional 'roadshow' that I would book in with town and city councils to entertain shoppers and tourists, when the weather allowed.

Here's a short film by a local journalist, David Dunning, showing me performing in Durham in July 2013:

There were a number of occasions when local newspapers and radio presenters tried to use the phrase to describe me, but I felt a bit shy to accept it. I had been working with another artist who called himself The People's Tenor, and I knew Russell Watson had also attracted the nickname. It appeared there wasn't an equivalent People's Soprano who had been labelled as such by the media but I felt the name was a very weighty title for anyone to take on, and wasn't sure I was worthy of such a big title. Could I live up to it?

In May 2013, I performed with Gari Glaysher for the first time, a wonderful tenor whom I had been introduced to via a mutual friend. Apart from being very talented, Gari is also a very grounded, wise and zen-like human being, whose opinion I respect a lot. I was telling him about  how much I was enjoying putting together my new album, 'Dare to Dream', going to meetings around the country and working with the orchestra, but the downside was it was taking up all my time and not allowing me to go out and perform my roadshows. I said I missed that connection you get from people on the street; it is two-way, you get back so much from them by hearing their stories and feeling like you are brightening their day. Gari, knowing about nicknames given to other people, said, without hesitation, that what I had just said demonstrated the qualities of a true 'People's' soprano. This made me wonder if embracing the name made sense as a way to reflect my journey, my attitude and the fact that I had been put in the position I am now as a result of all the people who had funded me along the way by buying CDs and putting money in my hat in the early days. It made perfect sense; my stage had often been the streets, and people had 'voted' for me with their money that I had, in turn, used to create something bigger and better than anything I'd ever imagined I would have the opportunity to do. One final stage was necessary; to ask the fans. So I took to social media and asked my online fans if I should embrace the name. Their response sealed the deal for me. The message was loud and clear - the fact I was asking, answered the question. They saw it as demonstrating humility and showing I didn't want to make the decision lightly, or make it just on my own. I trawled the internet looking for newspaper articles using the phrase to see if someone else was already being known by the nickname. The last thing I would ever want to do is step on someone else's toes or cause confusion in the media, but none of the big stars had been referred to as it (Renee Flemming came the closest, being called The People's Diva), nor had any other artists that I could find. I decided it was a title still up for a home. Soon after, my facebook fan group changed their name to reflect this and I started to go with the flow with the media, which meant once newspapers started to use the phrase, it stuck! I felt like we were a good fit. I've never been someone who is interested in fame, I was happy to be an underground success, flying below the radar of mainstream media and the latest realisy TV show celeb line up. As long as I could pay my way in life and continue to invest in my music, I was happy.

I am very proud to carry the mantle of 'The People's Soprano'. I don't believe you can choose this name and claim it for yourself, it needs to be given. A well meaning business person suggested I trademark the name, but I felt like that went against the spirit of the title. After all, it's not a permanent title because if I changed who I was and lost that close connection with my audience, if fame, money or anything else distracted me and turned me into a more selfish, self-centred person, I could lose the right to be considered by the name. Some people may not think it necessary for me to think so deeply about the title, but I genuinely believe that to be given such a title comes with it's own responsibilities, you have to live up to it, and that's what I intend to do!

I believe The People's Soprano comes with it's own 'philosophy'. Since embracing the title I've found even more ways to work this philosophy into my career, to the benefit of others. In May 2014 I undertook a project called "The People's Anthem", which saw me record over 1,100 people to add their voices to my song 'Heroes to the World' as a charity single to welcome the Tour de France to our region. The song is a sporting anthem, so I thought it would be a great way to get the song out to new people. I had recently won $10,000 in a global music competition, voted for by hundreds of fans, so I used some of those funds to 'give something back' and create this community project. It was a really worthwhile experience going out to the different schools and choirs to record the project. It was hard work - 14 locations in 3 weeks - but very rewarding.

Here is the result:


Although I've always been a confident person, outwardly, I have always had my own insecurities that have made me much more likely to push other people forward. I have managed or helped several other artists over the years, and found it much easier than promoting myself. With my music career, one of the things I try to do is put the people who follow me at the centre of what I do. To me, my success feels like it's shared by everyone who supports me. Behind The People's Soprano you'll find the soprano's 'people'.. So maybe that's a blog post for another day?

There are still times when I feel unsure about my 'branding' and worry that I don't deserve the title. There are so many talented artists out there, all with their own stories, and sometimes a hurtful or sarcastic dig from a musical colleague can shake my confidence, but it only takes a quick chat with my fans or a reminder about my journey - which has often been quite tough - for me shrug it off and keep going.

If you're interested, below are a few prominent news articles that reinforce The People's Soprano nickname. I do feel incredibly honored to be referred to with this name and hope I will live up to the expectation of all the people who have ascribed it to me.

Video diaries from the past..

As I have decided to centralise my 'ramblings' here, I thought you might like to see my video diaries/blogs (I think we call them VLogs, he he) that I've recently posted.

Sep 2012: Coast to Coast Tour Diary 2012
This first one is from September 2012 when I embarked on my first UK tour, called Coast to Coast.

May 2013: Dare to Dream - The Prague Orchestral Sessions
This was filmed in May 2013 but only recently released. It shows a sneaky peak behind the scenes of the recording of my new album with the City of Prague Philharmonic Orchestra, conducted by the absolute legend, Paul Bateman (Sarah Brightmans' musical director and a big name within the classical industry). You get to hear a section of my original song Dare to Dream, plus a secret song is unveiled..

July 2013: The People's Soprano in Durham
This next video was filmed in July 2013 but a local filmmaker and journalist. They were showing me 'doing what I do' (and what I've been doing since 2005!) and a big part of why I became known as The People's Soprano. Starring the people od Durham!

Sep 2013: Heroes to The World video shoot - behind the scenes
This shows my first video shoot, putting together a music video for my EPIC original song Heroes to the World.

Nov 2013: Wonderful Dream Christmas Video Shoot - behind the scenes
This video shows how we put together the Christmas song music video using a local steam railway and cast of local performers, including a very cute puppy!

I will be adding more blogs in the near future, but in the meantime you can chat with me and my supporters (also known as The Newmaneers) on my facebook group and you can get a couple of free songs when you like my official facebook page.

Welcome! This is my new music blog. More to come soon..
Rebecca xx
Posted by Rebecca Newman at 09:47 3 comments: 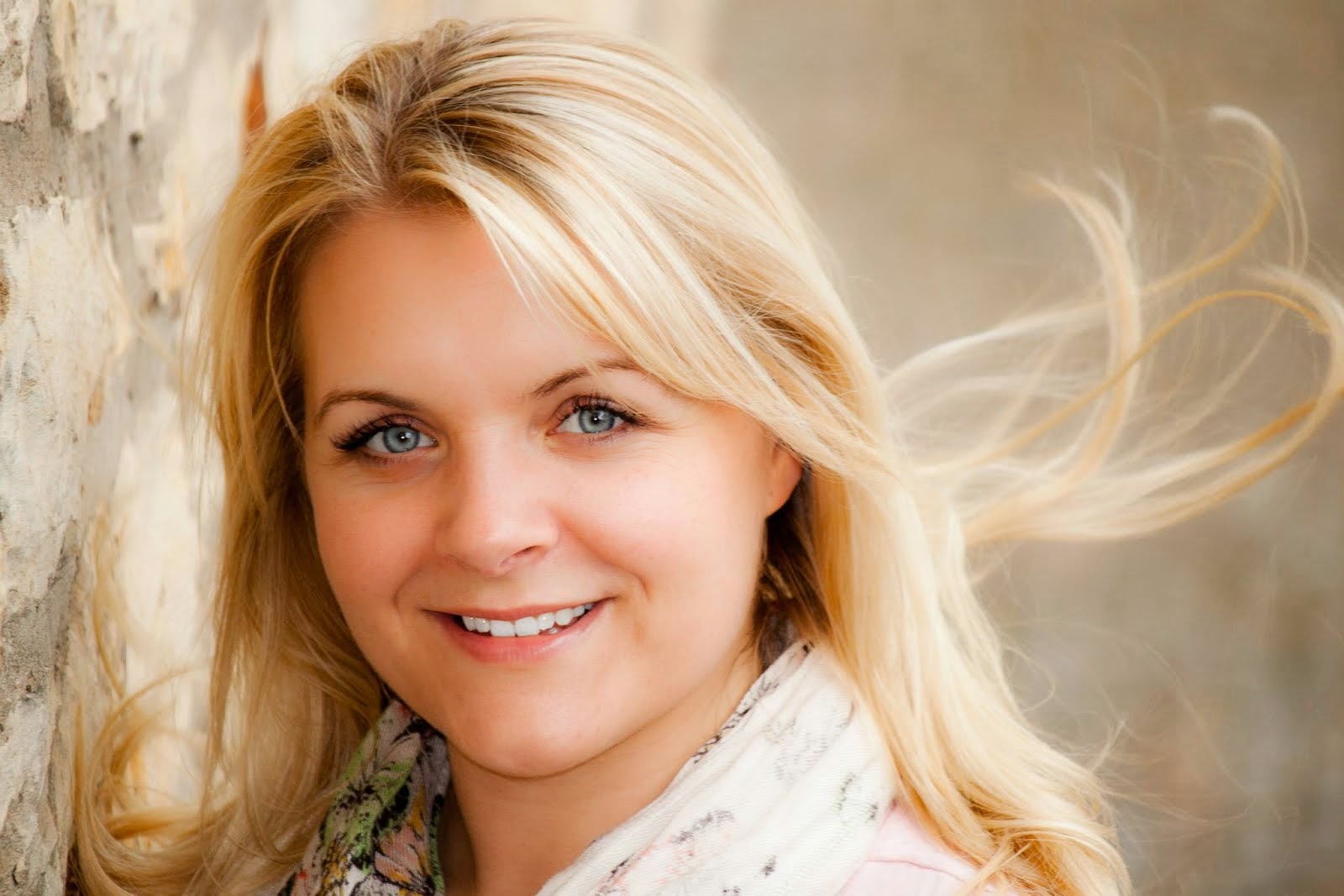